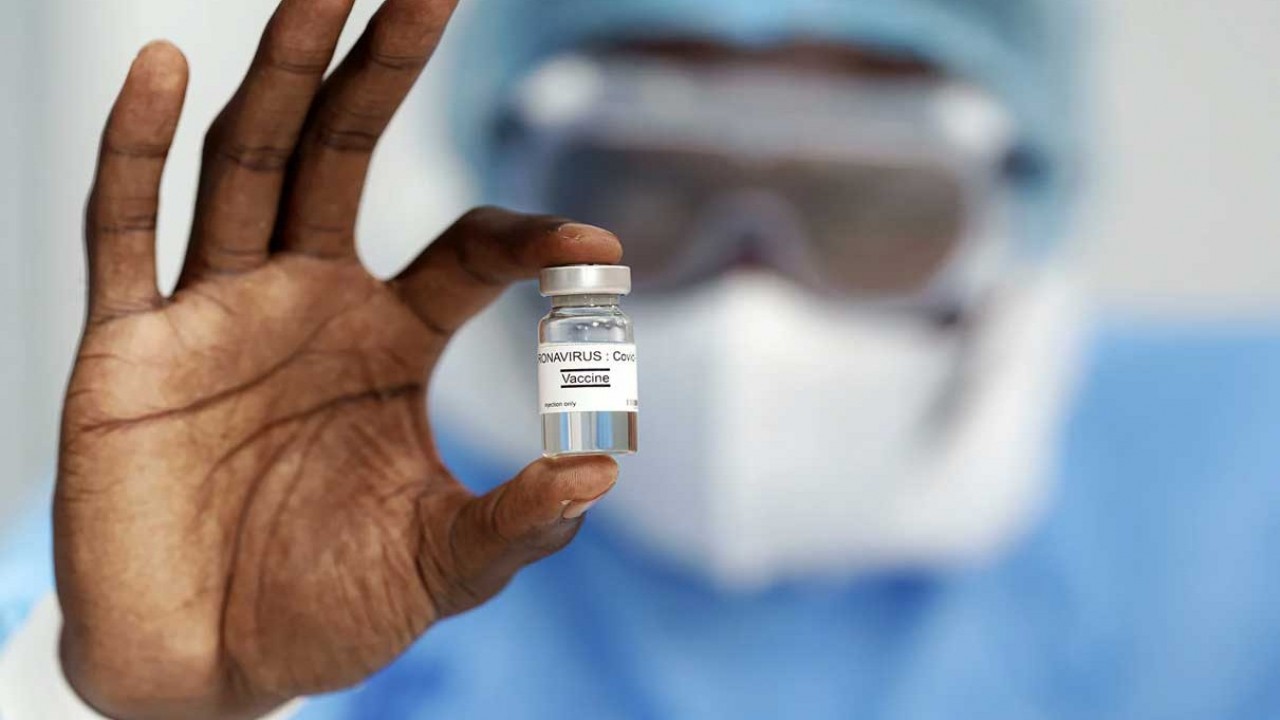 Houston Methodist made headlines in April when it told employees they would have to get vaccinated for COVID or be fired, becoming the first large medical system in the United States to mandate COVID vaccinations.

Yet, the hospital's strong stance has also ignited a war of words between management and wary frontline workers.

One of those workers, Jennifer Bridges, 39, a medical-surgical nurse, has spent much of the last year treating COVID patients. She has watched her fellow nurses get COVID. She’s even seen a couple of her co-workers die.

She's held cell phones up to the ears of dying patients so family members could say their remote goodbyes. She zipped patients in body bags. She got COVID herself last July and says she still has antibodies from her own mild infection.

Despite the horrors visited on patients and colleagues by the virus, she says the vaccine scares her more. Even with her job on the line she has vowed not to take the shots.

Her case has been championed by conservatives and anti-vaccination groups.

She's recently been profiled by national newspapers and been a featured guest on cable news. She's testified before Texas legislators considering SB 1699, which would prevent employers from mandating vaccinations there. Similar bills are pending in several other states.

Bridges’ public standoff with her employer has shined a light on a growing debate about the best ways to nudge a nervous nation toward the return to normalcy offered by the vaccines.

The issue is especially fraught in health care, where surprisingly large pockets of hesitancy exist, and hospitals have found themselves in the unenviable position of trying to find a way to support wary and burnt-out workers while protecting vulnerable patients.

A March survey by the Kaiser Family Foundation and The Washington Post of 1 300 frontline health care workers who have direct contact with patients found nearly half had not yet received a COVID-19 vaccine.

The University of Pennsylvania Health System, which employs about 44,000 people, says about 11,000 of its workers — or 30% of its workforce — still have not been vaccinated. Penn recently announced it would follow Houston Methodist in requiring COVID vaccinations for all employees by Sept. 1.

Houston Methodist's near-complete vaccination coverage comes after employees were offered a series of carrots and sticks to get the shots, which have been shown in clinical trials — and in real-world data from millions of doses administered — to be remarkably effective at preventing symptomatic COVID infections, hospitalizations, and deaths.

First, the hospital offered $500 bonuses for employees who got vaccinated; then, in March, they told staffers that anyone who didn't get vaccinated could lose their jobs if they weren't approved for an exemption.

"I think the data absolutely supports mandates for COVID vaccines," said Art Caplan, PhD, a professor of bioethics at New York University Langone Medical Center. "They are remarkably effective, remarkably safe and better certainly, in efficacy, than flu shots, which are OK, but these COVID vaccinations seem to be amazing in terms of preventing deaths and hospitalizations," he said.

Bridges has raised about $22,000 through a GoFundMe account and says she has used the money to hire a lawyer.

"Since I first started this stance, at first I was just like, you know, I want more research. I want it FDA-approved. I want to know the long-term effects,” she says.

"But I'll be honest, since I've kind of fell into this little rabbit hole and got all into this, the more research and personal experiences I come across and things I've seen with my own eyes, like, this vaccine actually scares me now," Bridges says. "I will never take it. If I have to get out of the medical field to save myself, I will."

Caplan says he knows that some health care workers have hesitated to get the vaccines because they were distributed under an emergency use authorization (EUA), but he said, "we've never had emergency use like this."

He said when drugs have been used under an EUA before, they've been given to relatively small numbers of people.

"This is a massive distribution, worldwide with data pouring in on obvious safety and efficacy, so I think you could stand up to a court challenge," he says.

Bridges doesn't think of herself as an antivaxxer. She says she's gotten vaccines in the past, including a flu shot last year, which is also mandated by Houston Methodist.

"That one's been around for so many years and so much research, that, like, I was OK with that one," she says.

Bridges said the $500 incentives to get the COVID vaccines felt like bribery, and the way her bosses spoke to her was off-putting. She said they called her into a meeting with the CEO and chief nursing officer (CNO), where she was told that everyone at their facility was replaceable and that "100% compliance with this vaccine is more important than individual autonomy."

Through a spokesperson, Houston Methodist responded that the meeting with Bridges was called "at her request to discuss her questions and concerns."

Bridges said statements made at the meeting really rubbed her the wrong way. "If anybody knows anything about a nurse, our autonomy is super important. We're the ones with the patient. All day, we do the critical thinking. We save their lives. We take care of them. I mean the doctor shows up for 10 minutes and they're gone. We need our autonomy to do our jobs," she said. "Him saying that was just a big slap in the face."

Bridges says she and other nurses are still angry about the way they were forced to work through the pandemic.

"Everything you learn as a nurse, basically during the whole pandemic it just got thrown out the window and they just made new rules," she said.

The N95 masks they had been taught to throw away after every patient suddenly had to be reused.

Nurses weren't allowed to wear makeup so their masks could be properly sanitized and recycled at the end of each shift.

"A few weeks later, we were told we could reuse it up to 10 times, and you'd write your name on it and they'd mark each time, and you knew it wasn't safe anymore," she says. "So yeah, you got really mad."

"Marc Boom has basically been stating that the one of us that don't want a vaccine are selfish and we put ourselves before the patient," Bridges says. "That really offends all nurses, you know. We were the ones at the bedside that put ourselves at risk and our families at risk. We did all the work through all of that and our CEOs and CNOs they all stayed at home. They didn't even step foot in the hospital for months," she said.

Through a spokesperson, Boom pushed back. "This statement is absolutely false and offensive to the hard-working and dedicated women and men who worked tirelessly to lead our institution through the pandemic," he said. "Our executives continued to work at our hospitals. They were on incident command — going on 14 months now — and rounded at all our hospitals all day long during the entire pandemic.

"It is unfortunate that Ms. Bridges is choosing to act this way. She is a disgruntled employee making unfounded claims and putting herself before our patients by not getting a vaccine. Her messages have become increasingly personal and unprofessional and her efforts appear co-opted by the anti-vaccine movement. As such, her rhetoric is endangering the health of our community, which benefits dramatically from the success of vaccines," Boom said.

Asked if she had watched the public meetings on the vaccines held by the FDA and the CDC, she said, "No, unfortunately, not for the past month. My life got really crazy, really fast. I haven't had too much time to look at too many extra things right now, but that would definitely be interesting."

Bridges questions the idea that she should get vaccinated to protect her patients.

"I've literally had 70-, 80-year-old patients with stage 4 cancer on chemo get COVID and they were perfectly fine and went home. Just because they get COVID doesn't mean it's going to kill them," she said.

"I know it can be deadly, but it’s more deadly for people that, you know, are more fragile," she said. "To me, the risk of the shot is greater than the risk of dying of COVID."

A growing body of research shows this belief is wrong.

One of the most dangerous adverse events linked to vaccination is the development of rare, but serious blood clots in the veins that drain blood from the brain and other major organs. A recent study from researchers at the University of Oxford in Great Britain, found that the risk of getting one of these clots was about seven times higher in the 2 weeks after getting COVID than after either the Pfizer or Moderna vaccine.

Another serious event linked to vaccination are allergic reactions called anaphylaxis. A study published in the CDC's Morbidity and Mortality Weekly Report found that these allergic reactions are extremely rare, occurring in 11 people for every million doses of vaccine given, for the Pfizer vaccine. Another study indicates they are even more rare for the Moderna vaccine, occurring in two people for every million doses given.

Another study from the United Kingdom, showed that vaccinations prevented health care workers from bringing the infection home to their family members.

Bridges says that since making her stand against vaccine mandates, her life has become a whirlwind. Her voice has become hoarse doing interviews with reporters. She was recently invited onto the stage at a Houston rally hosted by a group called America's Frontline Doctors, a prominent antivaccination group.

The group’s founder, Simone Gold, a Stanford-educated lawyer and emergency room doctor, is currently awaiting trial on charges tied to her participation in the attack on the U.S. Capitol on Jan. 6.

Asked what sources of information she has relied on to get information about the vaccine, Bridges said that America's Frontline Doctors was "a huge source.… There's also been a lot of good research that's been done in other countries," she said, without citing any specific studies.

Bridges said she found it suspicious when inexpensive remedies like hydroxychloroquine and zinc had been abandoned as COVID treatments only to be replaced by expensive drugs like remdesivir. She also feels wary about the billions of dollars that pharmaceutical companies have reaped from the COVID vaccines.

She said she believed that adverse events tied to the vaccines were not being reported.

"There's too much that they're not allowing the public to actually know and they're just pushing them to get it because it's such a huge moneymaker," Bridges said. "If you look at the classification, it's not even classified as a vaccine. It is classified as gene therapy."

According to an FDA spokesperson, this notion is false. None of the COVID vaccines are defined by the agency as a gene therapy.

But beyond legality, Caplan says that health care workers have special moral obligations to protect their patients.

"The codes of ethics of all doctors and nurses, physical therapists, any group I could find in health care all say 'put patient interests first.' The patient comes first," Caplan says.

"There's no doubt if you worked in a transplant unit, cancer unit, or newborn unit, protection for the vulnerable is crucial," he says. "I think, to be blunt, if you won't vaccinate, you should get another job." 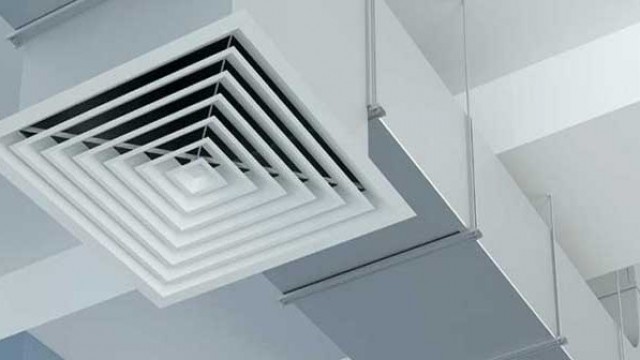 Poor ventilation could have led to airborne transmission of COVID-19 in a restaurant in Guangzhou, China, that infected 10 people in three families, according to a new study published in Building and Environment. To prevent the spread of the coronavirus,...
General Health 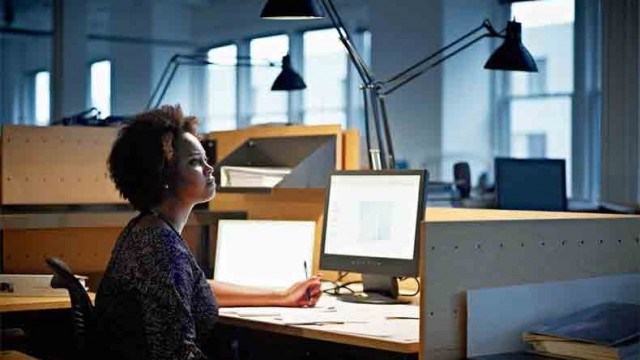 Night Shift work not only disrupts your sleep schedule, but it could also increase your risk of having an irregular heart rhythm called atrial fibrillation (AFib), as well as coronary heart disease, according to new research. In a large study of...
Follow Us
Popular Posts
Categories
Advertisement